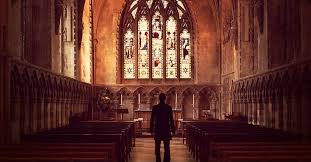 The task of the church in the contemporary moment is reforming the wholeness of humanity. As we look around and see the brokenness of the world it is clear to me that the current theological imperative is to rescue the church from a state of social irrelevance.  Creedal orthodoxy is inadequate to address the full range of the needs and issues of the current moment.  Creeds, historically, have not been about clarifying the truth of God; they have mostly been about ruling out some contending point of view. In light of this, being called orthodox has not meant that one’s viewpoint was right, only that one’s viewpoint won out in an ancient debate (Spong 1998). If we are to be useful in a world so contrary to message and work of the gospel, it is incumbent upon us to revisit where our theology both portrays and betrays the gospel narrative.

The explosion of knowledge in the last five hundred years has rendered much of the early creedal presuppositions problematic. They rise out of a world that no longer exists (Spong, Unbelievable 2018).  The church has often made excessive claims to the exaggerated authority of these creeds in order to control free thinking among the faithful. This has led to a lack of theological innovation in many spaces, but a far more egregious transgression has been the inability of the church to embody its ethic of neighbor love.  Creeds are attempts to delimit belief in certain terms and to exclude from a given fellowship those who do not profess such creeds or cannot profess every term of a given creed (Cook 1997). Anything designed for exclusion radically restricts the flow of love.  The more we persist in fixed positions of confessional and creedal orthodoxy, the farther we are from others who do not belong to ou 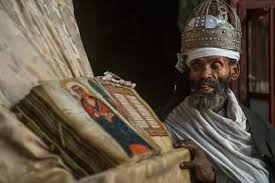 r community of religious language (Soelle 2001). This completely ignores the true history of the church which was never monolithic; from the disciples forward there have always been multiple ways of following the teachings of Jesus.  The project of the Jerusalem church was not the same as the Philippian church etc.  Constantinian Christianity has warped our thinking to believe that sameness makes for absolute truth.

The Crusades were tragic and mistaken fiascos fueled by the over-emphasizing of creedal theology that excluded all dissonant voices. The Episcopal church sided on the side of the slave holding south, while the Baptist and Methodist each split over the issue of slavery.  Countless times the church has been on the wrong side of social justice issues and yet we cling to the notion that agreement makes for accuracy. Perhaps we must reckon with the truth of our cree 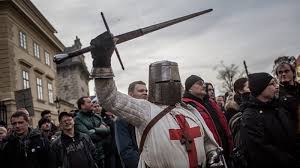 dal Christianity that it has failed us.  The struggle, Baldwin told us, involves the historical role of Christianity in the realm of power – that is, politics- and in the realm of morals. In these realms Christianity has historically operated with an unmitigated arrogance and cruelty (Baldwin 1993).  Not all sibling rivalry starts in the hearts of the siblings, some is fueled by a parent who feeds it. Might it be the church as our common mother has fed her children the food of rivalry by her instance upon separating and divisive creeds?

What would happen if we began to do the hard work of redefining the experience of following the teachings of Jesus for our time? What if we took up a critique of the language of the creeds and held them accountable for the imperialistic, sexist, hegemony that has been the thorn in our humanity? What if we invite innovation in our God-talk and began to embrace new metaphors for God apart from the patriarchy and chauvinism which serve to sever the fount of compassion for sister siblings? What if with humility and awe we began to reach for new language to engage the mystery of the Divine? A text cannot be understood apart from the world it creates in the imagination of the hearer. Its effects – social, emotional, psychological and otherwise are vital to any extraction of meaning, since that meaning has no productive existence outside its realization in the mind of the hearer (Townes 1997). The task of the church today therefore suggests that Christian theology, in our time at least, cannot be about 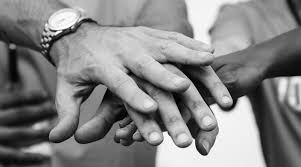 hermeneutics alone, that is the interpretation of the tradition, a translation of ancient creeds and concepts to make them relevant for a contemporary culture. Rather, theology must be self-consciously constructive, willing to think completely differently from the past (McFague 1987). The time has come for the church to enter a brave new world!

—. 1998. Why Christianity Must Change or Die. New York: Harper Collins.