The story of Christmas is a story of the triumph of humanization. In Christian theology, it is the story of the incarnation; the Word becomes flesh in the baby born in a manger in Bethlehem. It is the reclamation of all those who are dispossessed and the ultimate clap back against the dehumanization of imperialism. Dehumanization which marks not only those whose humanity has been stolen, but also (although in a different way) those who have stolen it, is a distortion of the vocation of becoming more fully human (Oppressed 2000). The Jesus story offers a counter-narrative to hegemonic oppression which robs people of dignity and worth.  A king born in a barn upends the power of the ruling class and shows God’s dignity is found even in abject poverty. For those who do not face racial oppression, the dignity or sacredness of life may become but an abstract principle to be affirmed, but baby Jesus stands in solidarity with marginalized people who bodily experience oppression as a reality of daily experience (Prevot 2017). The baby Jesus points to Divine power which makes resistance to evil possible; resistance not modeled after a power that dominate and destroys (Farley 1990). In the Christmas season, we see that love struggles to transcend and redeem evil and this struggle gives us hope.

Christmas is then more relevant to me today than at any other time in my life. Amid the sociopolitical backdrop of our current regime where greed and power rule over civility and human flourishing, the need to remember the Biblical account of the God of the oppressed finds fresh relevancy.  While the nation spins under leadership which continues to promote a racist supremacy intended to usurp the role of the Divine in the lives of those not in the center of power, it is imperative that we focus on the Divine who breaks into human history in the person of a baby, born to an unwed mother, struggling to pay unjust taxes.  The details of the Christmas story matter when we consider the way in which the Roman government under a tyrant sought to undermine the health of the most vulnerable populations while we experience leadership determined to do everything it can to see to it that vulnerable populations have the least access to health care.  Our conversations about Christmas must be the sites of resistance where we engage resistance discourse in order to empower people in their struggle for humanization. 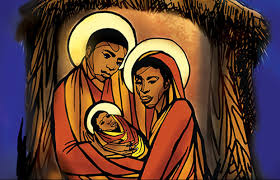 Theology seeks to understand, to interpret, and to impart the word of God and its meaning in various historical, cultural, and social context; it grapples with the conditions and state of culture and society. But, theology meets its critical exigence only when theologians take up comprehensive analysis and reflection on society and its potential meaning for the realization of common human good (Bond 2013). Speaking about Christmas without critical engagement of our current sociopolitical climate is theologically irresponsible. How can one consider the Christmas story without drawing a direct parallel between the Roman Empire and its leadership and the current administration? How can our Christmas pageants and plays not center the narrative of those for who being unhoused is a reality? Are we actively overlooking the police brutality present in the story of Jesus and offering no witness for those bodies presently terrorized by our own state sanctioned police brutality? Have we so sanitized the story of the birth of Jesus that it has become irrelevant and void of its true Gospel power? 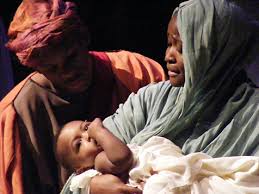 This Christmas is an opportunity for those who take seriously the message of Jesus to reform the moment. Capitalism and consumerism have become the featured function of the holiday season. Commercialism has displaced the incarnation as the soul of this religious celebration. Churches are complicit in allowing what should be a celebration of liberation for the poor to become a trap, leading people further into the experience of poverty. What would happen if every church and every individual would decide to use this opportunity bear witness to the radicalism in the message of Jesus? What if this year’s celebrations centered on the critique of dehumanization embedded in the culture of poverty found in the story? Jesus comes in poverty understanding the universal culture of poverty which transcends regional, rural-urban, and even national boundaries and the deep commonality of lower classes all over the world (Taylor 2016). Instead of the thingification of humanity, implicit in the overspending of the highest point in the consumer year, what is possible if we engage in redistribution of wealth. The type of redistribution the Magi imagined when they brought their goods to the baby Jesus might just speak truth to power in ways that would shake the conscious of the wealthiest 1%.  Ask yourself, what is the story of Christmas and how am I telling it?